The idea of segregating medicinal waste and recycling

The idea of our programme was to capture the reaction of the masses on the very concept of medicine waste segregation. Unlike usual medical waste such as (used) syringes, cotton, bandages and so on,  Prescription for Change lobbied for a idea to recuse unused, expired medicines from getting dumped in the trash bins which ultimately ends up in water bodies .

A menial fraction of those in the society have a fair knowledge and willingness on waste segregation.The idea to put different types of scraps into different batches is a cumbersome process and rewardless. But at times like this when the youth is marching for a safer world, healthier lives and cleaner water bodies, it is our collective responsibility to save the environment form our own actions.

We partnered with various stakeholders such as SATVA, Hasiru Dala and Ashirvadam To design a plan of action and monitor its implementations at various levels. We launched a pilot campaign in Koramangala, Bangalore,to spread awareness, invoke a feeling of responsibility towards our surroundings amongst people and record their behaviour towards the campaign.

We began our initiative by zeroing down on various locations and target audience (population). But before we could approach the community, we ensured that our “tools of change” were ready! We Set up two different types of bins for collections of medicines of varies sizes, design posters and logos of our campaign. We also did a thorough research on impacts of medicinal wastage as well as identified recycling centres at the outskirts of Bangalore, thus leaving no stone unturned on the transparency of our intention behind this programme.

ENSYDE began campaigning for the collection of medicines at Koramangala Block 1, followed by Block 6 and lastly Block 4. We set up posters at cafes, schools, pre-schools, clinics and pharmacies as well as spoke to people from all walks of life. We are now in Block 5 and campaigning at various places amongst which is Jyoti Nivas College, an iconic institution encouraging our cause further. 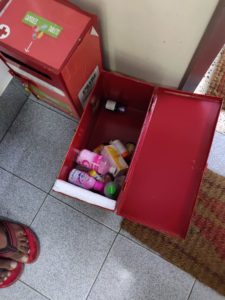 The initial reactions we received were mostly positive and occasionally diabolical in nature. Nevertheless, our programme, Prescription For Change, generated enough curiosity amongst those who participate in the initiative by hearing us out in the first place. It is surprising for many to hear about old and expired medicines to be recycled because it is assumed that these items, which are of no further utilisation, can be thrown into the dustbin without any larger repercussions of it to the environment.

One of the most heartfelt responses and collections we received were from pre-schools and pet stores. EnSYDE approached various pre-schools to educate parents about the existing threat of medicines waste mixing in water bodies of Bengaluru. To much delight, principal and teachers acted as our agents of change and helped us spread a word about the initiative.This in return shows the concern amongst young parents to protect their children against toxic threats which are poisoning our environment. 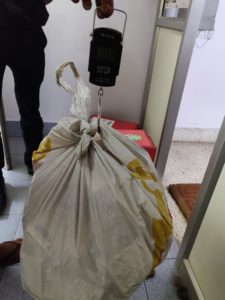 The programme exposed us to number of challenges, reactions and questions on the plausibility of carrying out such as a programme at a larger level and what is stored for Prescription For Change in future. The tumultuous journey that it has been, Prescription For Change as a pilot initiative as been able to scratch the surface of the problem of waste segregation i.e. ignorance of the citizen.

In Spite of making several attempts on making people aware about recycling of unused, expired medicines, only a lesser fraction rose to the call of action and be a part of the cause. Factors such as generational gaps, lack of awareness in pubic domains and rigid lifestyles choices have made it difficult for us to comprehend the extent of destruction caused by such smaller actions of non-segregation of medicine waste.

Nonetheless, (a) small step towards mass awareness will indeed lead to a giant leap towards environmental restorations! 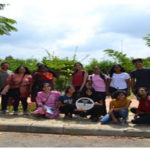 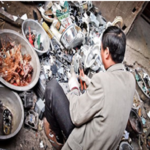